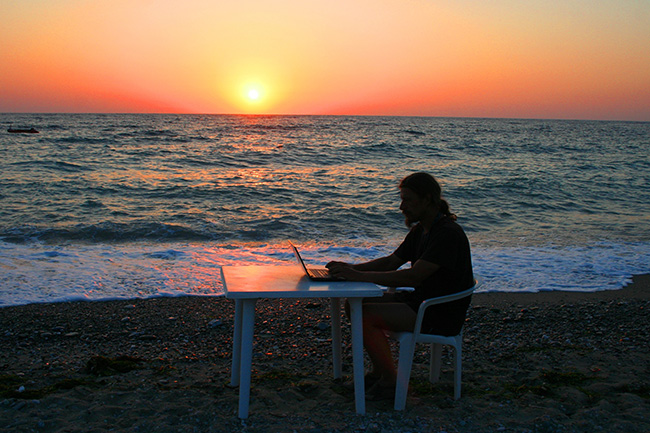 Christopher Many, born in New York City in 1970 to an American father and German mother, has always had an unnerving knack of breaking conventional norms and following his own dreams. More than anything else, he wanted to find out what lies "beyond the horizon". After completing an apprenticeship as a boat builder in Bavaria, Christopher hitchhiked a ride with a sailing boat over the Atlantic. He lived modestly at various locations around the world, alternatively working and backpacking through the Caribbean, Asia, Europe and Australia.

In 1997 Christopher set off on his first motorbike world trip with Puck, his Yamaha XTZ660 Ténéré, and rode from Germany to New Zealand via India. Three years later he returned to Europe, found a job in Scotland, and began to save up funds for his next venture: a round-the-world voyage with an ailing Land Rover he purchased from a Highland farmer for the equivalent of USD 1000 (or GBP 700). He named the Landy Matilda and, between 2002 and 2010, travelled through 100 countries. His book about this journey, "Left Beyond the Horizon" (2011), became a bestseller in Europe. In 2012, Christopher decided to reunite with Puck, and together with his partner Laura Pattara, left on a four year ride from Europe to Australia. His book "Right Beyond the Horizon" tells the story of his most recent adventures, and was published in September 2016. 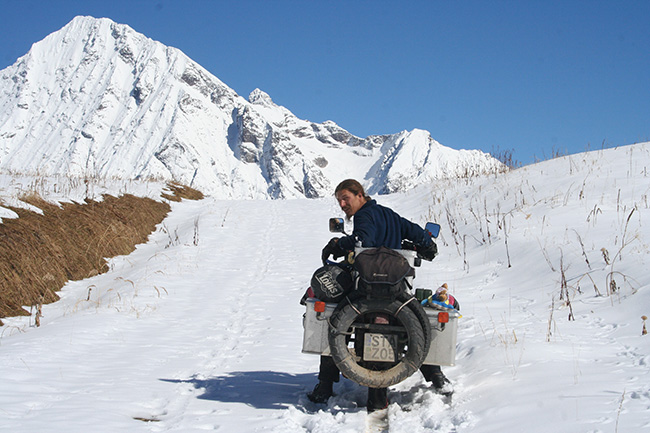 Christopher spent 24 months in Australia, during which he rode once around the continent and crisscrossed the Outback on numerous sandy trails. Then, after six years absence, he briefly visited Germany in 2018 … but only to buy an old, decommissioned Mercedes 308D post-office truck, and to immediately set off again. Currently, Christopher and Laura are vagabonding though Europe with their bright yellow van. The future? Well, that’s anybody's guess. Only one thing seems certain: even after 25 years on the road, Christopher has no intentions of settling down with still so much to explore on our wonderfully surreal planet. 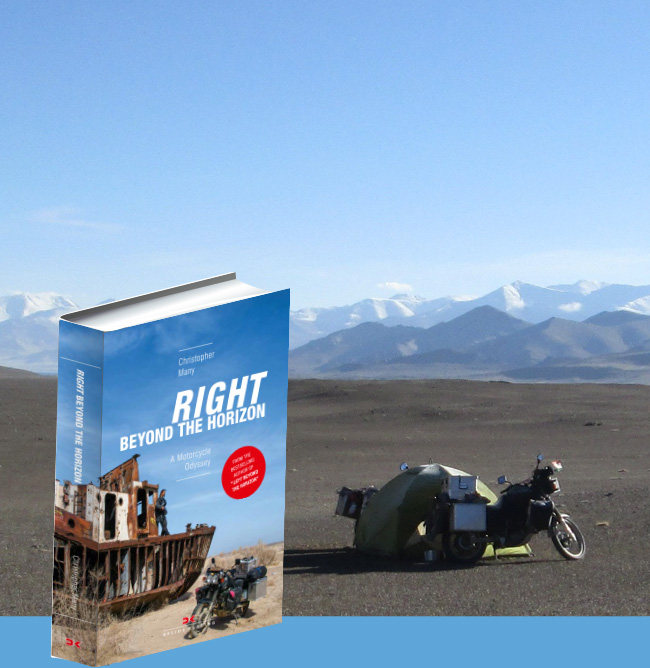